Big Frank's big weakness is his only daughter Valerie, who insists on spending her Easter vacation in sunny, sinful Ft. Lauderdale.

Frank sends Rusty and his friends to Florida to keep an eye on Valerie without her knowing about it.

Rusty attempts to pursue a few college coeds of his own, but he is constantly interrupted by the need to rescue Valerie from various Ft. Lauderdale loverboys. Naturally, Valerie, played by Shelley Fabares in her first Elvis Presley musical, falls in love with the smooth-talking Rusty.

Elvis reported to Radio Recorders in Hollywood on June 10, 1964 for soundtrack recordings. On June 11th, after 36 frustrating takes on the song 'Do Not Disturb', Elvis left the studio disillusioned about the quality of the music.

After these sessions he would not record again for eight months.

Harvey Bullock and R. S. Allen were the screen writing team. Together they had written for TV comedy series such as 'The Andy Griffith Show', 'The Dick Van Dyke Show' and 'Gomer Pyle, U.S.M.C'.

The director was three-time Emmy nominee Boris Sagal. Much of his career was spent working in television. He was killed in 1982 in a helicopter accident while working on the TV film 'World War III'.

The choreographer David Winters had worked on 'Viva Las Vegas' and was asked to choreograph a dance to the song 'Do The Clam' which was on the charts for 8 weeks, peaking at #21, and the dance never caught on.

This was the first of three Elvis films in which Shelley Fabares would play Elvis' leading lady. The two follow-ups, 'Spinout' and 'Clambake', came soon after. She had been a regular as the daughter on the popular TV series 'The Donna Reed Show' and had recorded the hit record 'Johnny Angel,' which was knocked out of the #1 spot in 1962 by Elvis' 'Good Luck Charm'. She went on to appear in many films and TV series, most notably co-staring in the 1990s TV series 'Coach', for which she received two Emmy Award nominations.

Emmy nominee Harold Stone, played Big Frank. He had worked in the films 'Spartacus' and 'The Greatest Story Every Told' among others. He continued to work through out the 80s in films and onsuch TV series as 'I Spy', 'Bridget Loves Bernie' and 'The Wild McCullochs'.

He was named after his father's friend, actor Gary Cooper. He went on to work in a number of TV shows including 'Adam-12', and he wrote a tell-all book about life in the Crosby home, which, by his account, wasn't as idyllic as the public had believed. He died of lung cancer in 1995.

Jimmy Hawkins played Doc in 'Girl Happy' and worked again with Elvis and Shelley Fabares in 'Spinout'. Hawkins began his career as a child actor. He was in the classic 1946 film 'It's A Wonderful Life', starring James Stewart and Donna Reed, playing the role of their son Tommy. 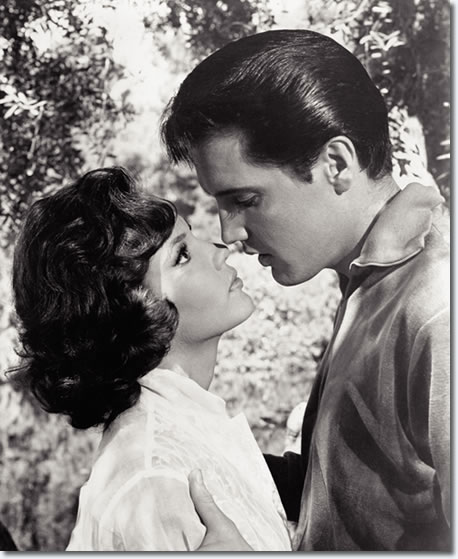 Native Mississippian Mary Ann Mobley played Deena. She also co-starred with Elvis as the princess in 'Harum Scarum'. The former Miss America (1959) won a Golden Globe Award in 1965 for Most Promising Newcomer and throughout the 60s and 70s appeared on many popular TV shows. Married to performer Gary Collins since 1967, they have often worked together on stage and TV. A sufferer of Crohn's Disease, she is a tireless advocate for this and many other humanitarian causes.

Principal photography began on June 22, 1964 and visitors to the set included George Hamilton and his then girlfriend Lynda Bird Johnson, daughter of President Lyndon Johnson. George Hamilton had just finished shooting 'Your Cheating Heart' a movie about Hank Williams. On the June 23, 1964 there was an early celebration on the set for Colonel Parker's 55th birthday, which was June 26, 1964. The party was attended by actor Nick Adams among others. Principal photography wrapped on August 3, 1964 and the studio released Elvis on August 12, 1964. The movie opened in April 1965 and ranked #25 for the year. The soundtrack LP peaked at #8 on the charts. 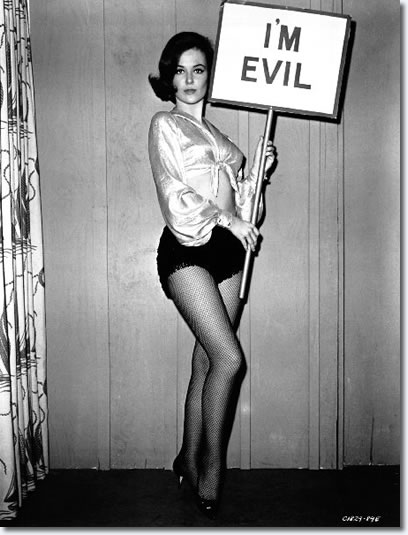 Behind the Scenes of Girl Happy

After working on several musical vehicles back-to-back, Elvis began to tire of the same type of role over and over. He also complained of the endless succession of mediocre pop tunes that filled each soundtrack. Sensing his disillusionment, director Boris Sagal took Elvis aside and urged him to stop his grueling film schedule.

Sagal suggested that Elvis take time off to study acting in New York, perhaps at the acclaimed Actors Studio or the famous Neighborhood Playhouse. The director supposedly told Elvis, 'Every actor studies his trade, even those as good as Marlon Brando'. Elvis agreed, admitting that he looked forward to the day when he could do a film without any music. But Girl Happy would not be that film. This lively but formulaic spring vacation comedy contained 11 songs for Elvis -- about average for a Presley picture. 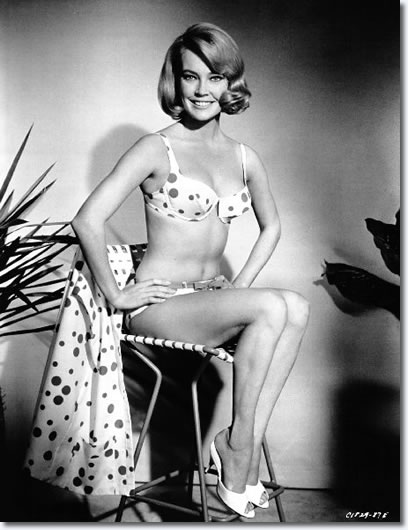 Girl Happy featured some familiar faces from other youth-oriented films, including Joby Baker, Jimmy Hawkins, and Gary Crosby as Elvis' wacky musical trio. Of the three actors, only Crosby (the son of Bing Crosby) had any musical talent. The film also costarred television actress Shelley Fabares, whose popularity with audiences was undoubtedly the result of her role as the eldest daughter on 'The Donna Reed Show'. No stranger to the pop music scene, she had recorded 'Johnny Angel,' a number-one hit in 1962. Her role opposite Elvis in Girl Happy proved quite successful, and she costarred in two subsequent Presley films, Spinout and Clambake.

Cross My Heart And Hope To Die

The Meanest Girl In Town

Puppet On A String

I've Got To Find My Baby