I really fell for Elvis -- I mean, who wouldn't?

We did have a romance, it was quite wonderful, we were on location in Crystal River (Florida), Elvis was away from the madding crowd, it was like a shipboard romance with Elvis.

I continued seeing him when I came back (to Hollywood), but it was very difficult; he had many lives, he had many women around him. It wasn't like Crystal (River) where I had him all to myself every night,when what seemed like 'thousands of people' showed up to see Elvis (Florida mermaid show), 'and they were behind a wire fence to keep them away from Elvis, because they were crazed... I was really overwhelmed by it, because I'd never seen such madness for someone...He was so sweet, he sent me back to the motel and he stayed there and signed autographs for about three or four hours for those people, and I was so touched by that. He really revered his fans. He was lovely with them. I was very impressed -- one more thing to love Elvis for'.

Everyone knew about Priscilla, although he didn't talk a lot about Priscilla to me, but it was rumored they were going to be married. I really fell for Elvis -- I mean, who wouldn't? But the celebrity he was, it was difficult -- he was loved by so many people. I met him in a very small community, it was a motel, basically -- you know, there were about 50 or 60 of us on location, the crew and everyone involved in the movie.

So I really got to see Elvis out of his element. I became one of the guys, and I actually had a lot of fun with them. We played poker every night, and they were really silly on the set. Elvis loved jokes, he was a real prankster that way, so people were always coming up with something, especially Joe Esposito. He was theone that really seemed to care deeply about Elvis. I did see a lot of things that ... that brought him down. He was surrounded by a lot of people that took advantage of his generosity.

As much as Elvis was a celebrity, he was a big kid, he was a lot of fun. 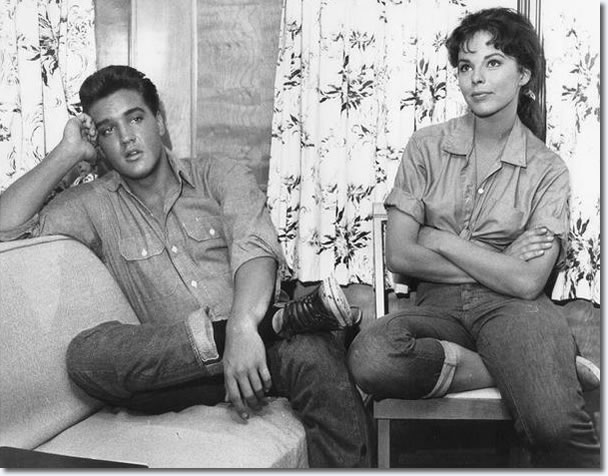 Inside Follow That Dream: Fans Remember: On The Set With Elvis